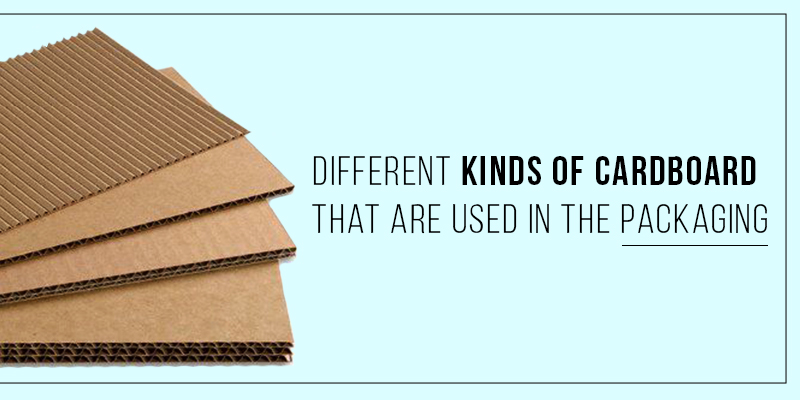 Different Kinds Of Cardboard That Are Used In The Packaging

Given its versatility, cardboard is a material that may be used for various purposes. Cardboard is the most commonly used packaging material; for example, packaging companies in Chennai produce carton boxes, corrugated cardboards and so on. Cardboard is flexible and adaptable to a range of weights, strengths, and widths. As a result, it serves practically endless purposes.

There are various characteristics to consider when selecting cardboard packaging. It’s crucial to consider the item’s weight while using cardboard to box it. Will it also be exposed to damp conditions? If so, you should consider laminating capabilities or other means of shielding the cardboard from moisture damage. Carton box manufacturer in Chennai use modern techniques to make the cardboards waterproof to some extent and protect the objects placed inside from moisture.

Corrugated fiberboard is a three-layered material with a flat exterior on either side and a fluting-style wavy layer in the middle. The wavy centre strengthens the material, which enables it to support heavy things without twisting or bending.

To accommodate stronger or less sturdy cardboards based on the packaging requirements, corrugated fiberboard is produced in a range of thicknesses by top corrugated box manufacturers in Chennai.

The corrugated cardboard, known as a single-face board, lacks the second consecutive piece on the opposite side of the flute surface. These cardboard packaging are frequently used to keep objects packed in a box apart so they don’t collide or break while transported.

It’s just regular corrugated cardboard, really. It features two flat walls with one fluting row in the middle. This type of cardboard is typically used in boxes because it may still be fairly sturdy despite having just one flute sheet.

The double-wall board naturally adds a second layer of fluting in between two exterior layers. Doing this strengthens the board, and the item held inside is given additional security.

The three layers of fluting that are present between the two exterior walls of the triple-wall board are presumably already obvious to you. This thick cardboard is less frequently used because it is only required for extremely heavy things, like major appliances or automotive parts.

Honeycomb board is a less common option for cardboard but is nevertheless utilised for its strength. The length of this cardboard is made up of numerous layers of deformation or corrugation, and the width of the board is made up of a strip of multilayered paper across each side of every layer. You do not have to purchase pallets from plastic pallet manufacturers in Chennai; instead, honeycomb cardboard can be used.

Including everything from toilet paper rolls to cereal boxes are made of this extremely thin form of cardboard. Paperboard is often referred to as carton or chipboard. Since it is very much less durable than corrugated fiberboard, paperboard is typically utilised for lighter non-load-bearing items and products.